Each week, we choose a selection of work sent in by our students to display in our masterpiece museum! If you have a masterpiece to send it, you can do it on the lesson page by attaching a photo or scan of your work and uploading to our website!

Check out these amazing Masterpieces! You can click on the image to make it bigger.

Which Masterpieces will Maddi talk about today? 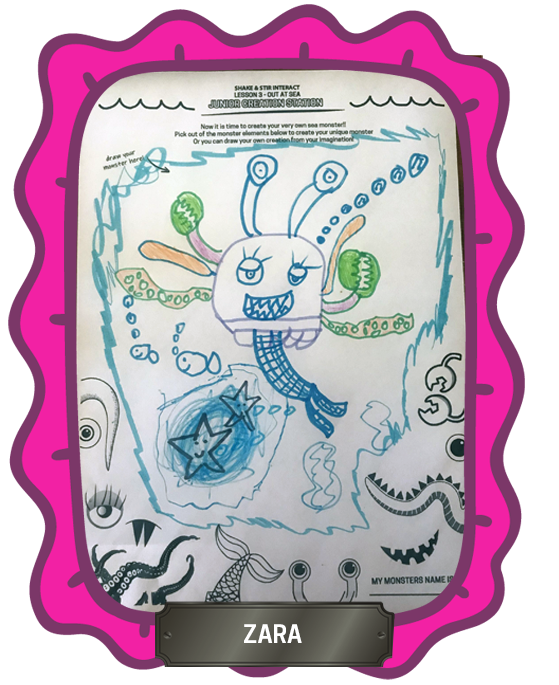 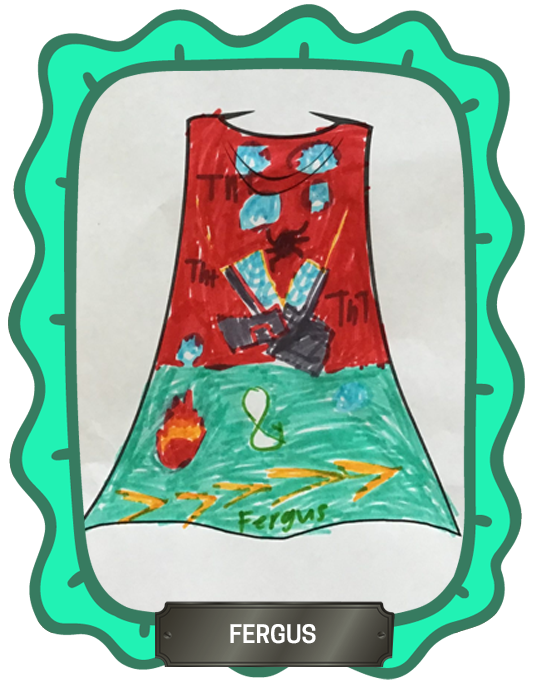 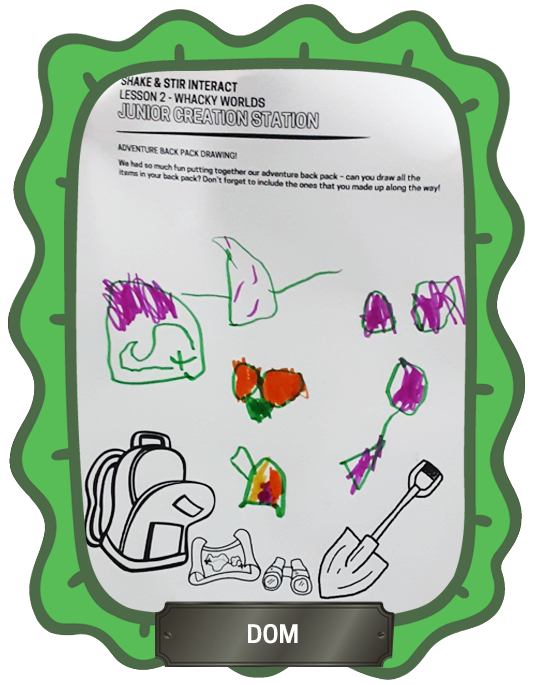 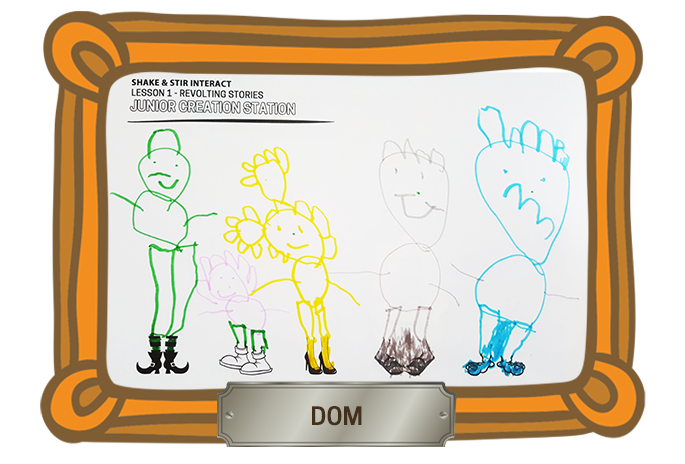 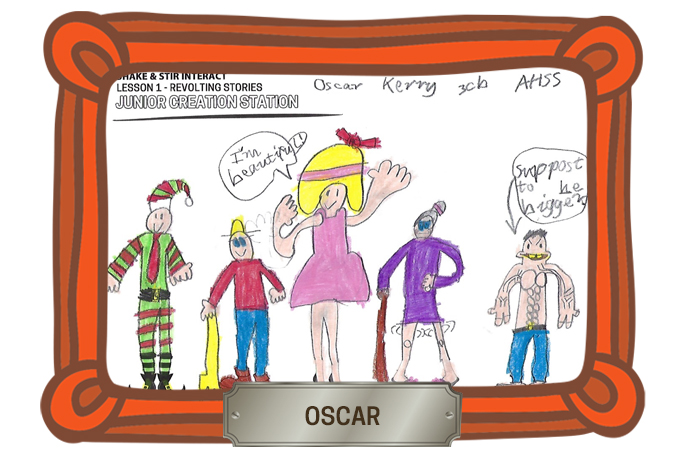 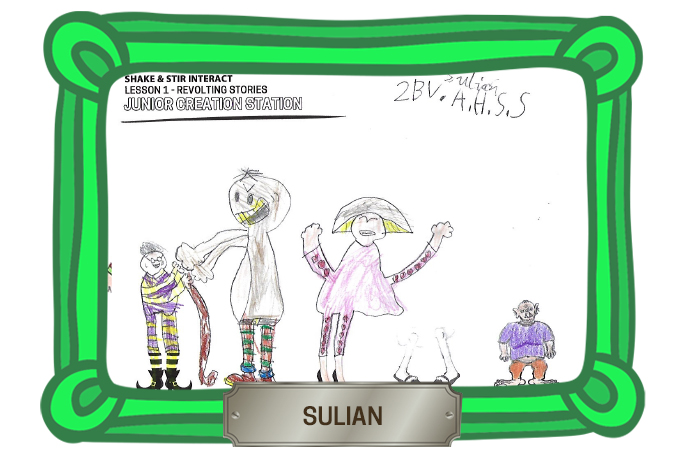 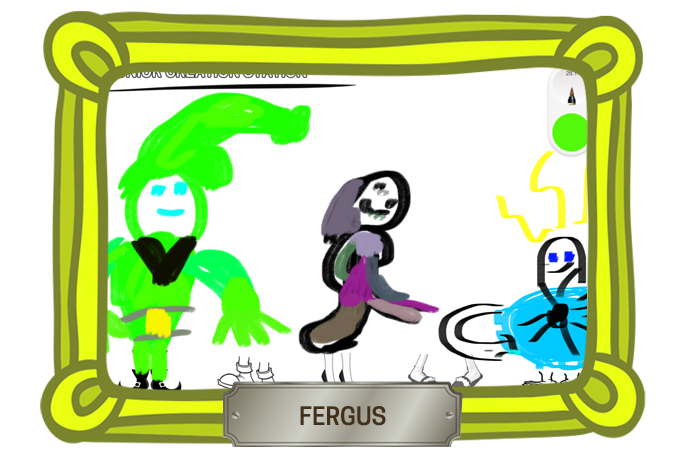 In The Three Little pigs, instead of straw, twigs and bricks their houses are made of butter, toffee and blocks of chocolate.

Once upon a time there lived three little pigs named Rosie, Sandy and Rory. One day their mother told them that they where old enough to go and build their own houses.

So off they went to find their supplies. The first little pig, Rosie, went to the shops to buy some butter to build her house with. She chose the blocks of butter because were hard and easy to stack. The best feature was the slipperiness of the butter- if someone tried to break into the house they would slip and fall right off.

The next little pig, Sandy, went to the candy store to buy some toffee to eat while she thought about how to build her house. LLooking down at the toffee in her hand she had an idea, she would build the house with toffee! It is strong, slippery and SUPER sticky so if anyone tried to break in they would just get stuck.

The last little pig, Rory, stopped at the petrol station to fill up his car. When he walked in he saw the blocks of chocolate and thought it would be a great idea to use them for his house. What better option could there be? It is hard, easy to build with in all sorts of blocks, and will melt if anyone tries to get in.

So they all set to work. Rosie finished her house first. It was white and creamy and VERY slippery. The big bad peacock came along and pecked at the roof. The roof began to slide right off the walls of the house!! Peck, Peck, Peck and the whole house collapsed.

Rosie, the first little pig, ran to the second little pigs home. “Let me in!” she said. “The big bad peacock has pecked at my house and the butter all slid apart!” The second little pig said “Ok come inside, my icky sticky house will keep him away”. Just then they heard the peacock scratching away at the toffee with his big, strong claws. CRACK. Cracks began to appear in the toffee. “Oh no” said Sandy, “soon it will shatter into a million pieces!!”. And so it did. Tiny pieces of toffee went everywhere as Rosie and Sandy ran away to the house of the third little pig.

They arrived at Rory’s house. “Let us in” they yelled. Rory opened the caramel chocolate door and they rushed inside. Sandy said, “Te big bad peacock as ruined both our houses!” Rory replied “My house will be fine, Peacock’s do not like the smell of chocolate”. They watched through the window as the peacock came nearer. Suddenly he stopped and sniffed the air. He started to gag. All of a sudden, he bolted away. Never to return again. “I told you so!”, said the third little pig. Chocolate is the BEST!!

JACK AND THE FRIENDLY FAIRY
BY IVY THOMPSON

Once there lived a boy named Jack, him and his mother were verrry poor. They didn’t have enough money for food, so they were always hungry. After their last cow stopped producing milk, they didn’t have a single dollar. One day, Jack’s mother told Jack to go and sell the cow and Jack agreed. On his way he saw a strange looking lady. Suddenly she came up to Jack and asked him “Would you like some magic fairy dust?” she said mysteriously. “How much will that cost?” “Well, I can give it to you for free. Or, you can give me your cow?” She said creepily. After some time, Jack agreed and went home with the fairy dust in his hand. When Jack got home, his mum was very curious to know what it did. So, she sprinkled some onto the grass in the back yard. The night arrived and they went to sleep. In the morning Jack ran outside to see that the dust had made a massive fruit stalk with a lot of other types of food. Then down came a fairy that told Jack “Thanks a lot for letting us free, now take care of this, it’s very special.